When a family from Northern Virginia bought a weekend home in 2017 in scenic Prospect Bay on Maryland’s Eastern Shore, they realized it was becoming increasingly difficult to “get away from their getaway.” So, in 2018, they decided to pull up stakes and make their vacation home permanent. “Every time we crossed the Bay Bridge we felt light and happy,” the wife says. “We finally decided to move in for good last year.” Besides the 3,000+ square foot expansive waterfront home, the family likes the amenities (country club, clubhouse, programs, and activities) as well as the sense of community. “We like knowing our neighbors,” says the homeowner. The family, who also once owned a home in Ocean City, wanted their Eastern Shore residence to have a different feel from their suburban Virginia residence; they wanted a waterfront vibe, but without the beachy cliché.

They found the right designer for the job, Gina Fitzsimmons, founder of the Annapolis-based Fitzsimmons Design Associates, Inc. “She got that we wanted to capture the warmth of the setting without detracting from the views,” says the homeowner. “There’s such a sense of openness and space, unlike the darkness of our Virginia home.” The home was pretty much move-in ready, says Fitzsimmons. Even the paint colors, newly refreshed by the previous owners, met with the approval of both Fitzsimmons and the homeowners. The soft yellow walls serve as anideal backdrop for the warmer blues, teals, and oranges that reflect the beauty of a Chesapeake Bay sunset. The only furniture the family brought with them was a rustic hand-hewn dark wood dining table, offset by antiqued blue chairs. A great room sectional serves as entertainment-central for the family, who frequently have family and friends over. The star of the great room is is a floor to ceiling stone fireplace that Fitzsimmons redesigned to include two-story bookcases on either side.

Fitzsimmons paid such attention to detail that on moving day she felt “as if I were moving into the house myself.” It was perfect, even down to how the books in the bookcases were arranged, says the homeowner, adding, “I couldn’t have done it better myself.” Fitzsimmons took her design cues from the couple who wanted a home that was comfortable and casual. “There’s not any area in the home that’s really formal,” says the designer. “You don’t have to be afraid to sit anywhere.” While the husband of the family prefers a more traditional design, Fitzsimmons modernized the look by combining such features as a dark wood sleigh bed with cream-colored night tables. In a similar vein, the original oil painting that hangs over the bed is counterbalanced by a series of four abstract paintings and hand-blown glass lights left by the previous owners.

While one guest bedroom sports a more nautical look, with brighter colors, antique oars, and coiled rope lines, the overall design of the house is more subtly inspired by the waterfront, with wood finishes and casual textures. “We brought in the colors of the regional landscape but toned them down to fit in with what’s going on out the windows,” Fitzsimmons explains. Both Fitzsimmons and the homeowners, couldn’t be happier, agreeing that they pulled off just what they set out to do…create a “getaway” home they never have to leave. 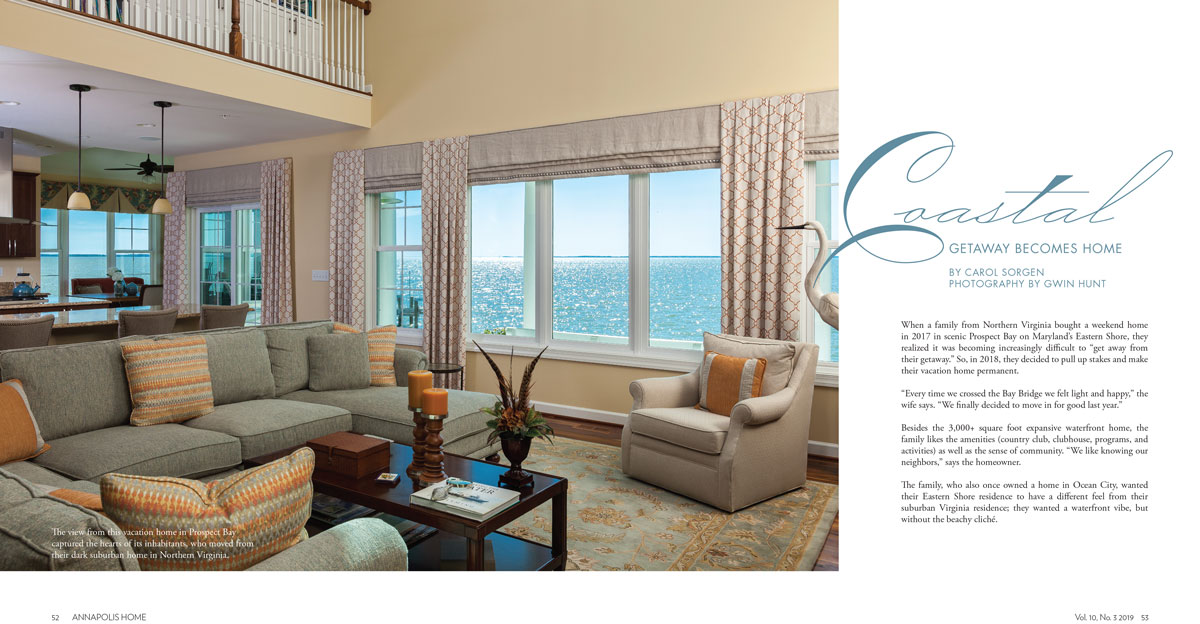 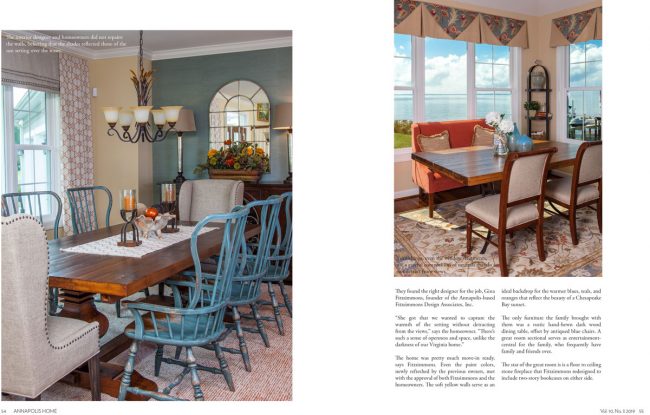 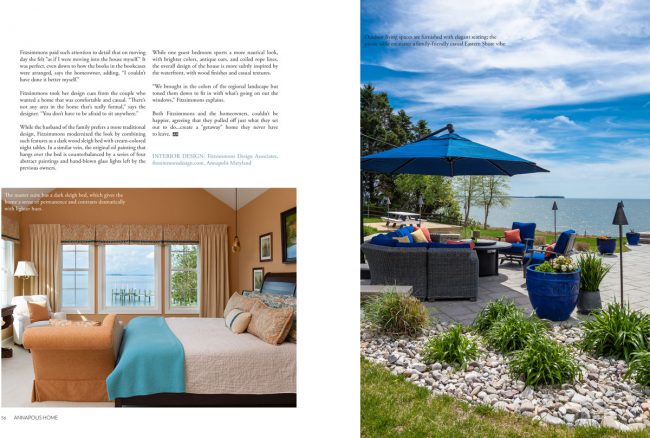 Lets get started today by meeting and discussing your project.
Contact Us